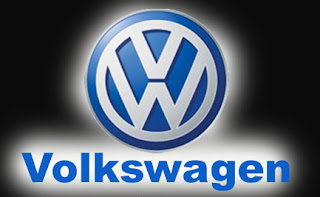 All eyes on VW, which claims to be ready to reveal its carbon-free, single-seater microcar in about two weeks. According to an article in the Financial Times today, VW is aiming to "capture the lead in electric cars" and expects battery-powered vehicles to contribute 3% of total sales by 2018. A "full-service package" will supposedly be available to customers to purchase power from "renewable sources." According to Prof. Dr. Martin Winterkorn, Chairman of the Board "[VW's] pursuit of innovation and perfection and [the company's] responsible approach are designed to make [VW] the world's leading automaker by 2018 – both economically and ecologically." The effort by VW to "drive green" deserves applause.
Let's rewind.
Who would not be supportive of exploring alternate energy sources, reducing carbon emissions, going green, etc? Governments across the globe have clearly emphasized their interest in developing carbon-free vehicles and support for driving innovation in this area. Look at China and the U.S. In his January 2011 State of the Union Address, President Obama stated "We can break our dependence on oil… and become the first country to have one million electric vehicles on the road by 2015." With promises of tax breaks and other incentives, consumers are encouraged to invest in the new kind of transportation, ...but they have not. Plenty of hurdles remain in the way of broader adoption, yet it is understandable, given the government interest and $$ support, that anybody in the space would want to position themselves as a leader in "green" technology.
Considering existing hurdles surrounding consumer hesitation to "buy-in", VW just seems to add another, practically speaking. I do not struggle with the value and importance of investing in the development of carbon-free vehicles; more so with the development of this particular "concept-car". Explain to me, someone, the purpose, value, and expected adoption rate of a single-seater microcar? This simply cannot be more than a promotional tool for VW… [Which on a side note, has done a fabulous job in marketing and advertising in my opinion – a true break from the mold!]
Explained by Juergen Leohold, Head of Research at VW, as suitable for "limited journeys, such as commuting", this particular concept seems to have very limited potential. Did it truly warrant the investment? [Total R&D expenditures in 2010 exceeded €2.8 billion or 6.1% of sales.] It could be as simple as me misunderstanding the expectations for and purpose of this vehicle. If it's main objective is to showcase the company's ability and ambition in the area of "carbon-free motoring", fine, no argument here. [So it really is a sales and marketing expense…] But it does appear as if actual sales of this microcar are part of VW's revenue forecast. As a lay(wo)man, I do not claim to be abreast of all the innovation and development taking place in this space. Yet it seems that there is quite a focus by all major car manufacturers on building carbon-free vehicles, and some with more practical applications than a single-seater. So where is VW going with this? Practically, where other than downtown Paris, France, would this be a suitable solution?

On the other hand...there is a picture circulating of a black, very slick-looking, space like single-seater that is supposed to be launched in 2011 with fuel efficiency of 258 miles per gallon. Can't say if this is the one, but the automobile-community seemed rather excited about it. Maybe VW's microcar will become a status symbol and the iPad of the auto world [...only with less applications]?
Back in 2007, an MIT group called "Smart Cities" promoted the idea of stackable electric cars, designed for two people, among other "green" transportation innovation. Without question, smart and innovative thinking has gone into these methods of transportation. The adoption of such automobiles, however, realistically still has to be decades away unless radical changes in the cost structure and ease-of-use occur. [The design looks strangely like that of vehicles from science-fiction movies created in the 80's and 90's.]
Maybe, VW's reveal will shock us with a dramatic reduction in cost that will allow consumers to consider the purchase of a car for commuting only. So far, no features of VW's microcar have been announced. According to the Institute for Energy Research, by March 2011, a total of 1,101 electric vehicles had been sold in the U.S.  "At the pace of 350 vehicle sales per month, a whopping 16,800 electric vehicles will be on the road by 2015." Not quite what President Obama is envisioning.
The ambitions of the governments and the car manufacturers are commendable as we clearly need to address the reliance on oil and the environmental impact of the ever-growing car-population and associated pollution. However, the tech revolution here needs to be more radical and not only focus on vehicle size.
To be clear, let's not halt innovation. Miniaturization efforts are key to reducing costs, however, in order to have a real impact, solutions need to be more practical and focus on lowering cost beyond miniaturization. There appears to be some kind of hesitation by automakers to openly discuss the cost of batteries. Analysts estimate battery costs to be around $900 per kilowatt hour for electric cars today. Expectations are that they need to come down to at least $350 per kilowatt hour in order to make them competitive.  Whether the American consumer should be more welcoming and supportive of these technology advancements in the area of transportation is quickly answered with a simple: Yes. However, at this stage, in this economy, the idea is simply not sustainable. [This is probably also much more politically intertwined than my naive little brain can imagine.]
In either case, I am eager to see how investors will respond when the VW microcar is revealed and possibly more light will be shed on its purpose. Today, as of this posting, VW stock was down -0.9%.
For now, I question whether this single-seater-endeavor should not be booked as a sales and marketing expense instead of part of R&D expenditures…
Image: http://onlineautosinfo.com/wp-content/uploads/2011/02/vw_0.jpg
Posted by A So-Called Business Woman at 4:38 PM

A So-Called Business Woman
Disclaimer: By no means do I claim to be an expert on the topics discussed in these blogs. I am a full-time professional with two young children. My research for each blog is limited to one to two hours: some facts may be missing, some may be wrong. Most of all, they are my personal perspectives on a collection of informational pieces I considered relevant and interesting. Enjoy! Summer 2011: My goal is to contribute at least four relevant blogs per week, for a total of roughly 200 until August 2012. Unreasonable? Stay tuned... February 2012: Ok, ok, I admit, my ambitions may not have been the most realistic. Let’s regroup and say instead of four times per week, how about at least one blog every month? Life seems to be increasingly busy and complicated – balance is what I am still searching for in my journey, along with the desire to share my thoughts and provoke yours…